Training Your Husband on Valentine’s Day

Last year I wrote about Valentine’s Day and guess what? One year later, it still sucks!

I can think of no worse day than Monday to express ones love and so we celebrated a steak and potato Valentines Day Dinner last night.

The evening before I had opened up a cooking magazine and fallen into a photo of a family seated at the dining table together happily eating a steak and potato dinner. Looking up from the magazine I stared out the window realizing that all of these years, Ive been trying too hard. This is the way it’s gonna be from here on in, I thought, SIMPLE.

The next morning I woke up and fluttered around the house putting flowers in all of the rooms and making heart shaped pancakes for Valentines Day, hearts popping out of my eyes for my beloved family.and then they woke up.

I thought we were going to wait to exchange gifts, Wade said sleepily glancing over at the beautiful orange flowers, the color of our wedding roses, set on his bedside table. Then I went into Axels room with my side kick, Muki. Mommy, you kissed me and then Muki licked me and I suddenly got scared that you had turned into a dog, Axel said before opening his eyes.

We continued on to Tuckers room where he let out his usual elephant noises to show his discern for mornings and then on to Brevitt who let out an enormous shriek when discovering that I had thrown away all of his clothes with holes in them. This set off a chain of tears with his brothers who became petrified that I had done the same with their beloved ragged clothes.

I looked at Wade in the midst of the wailing and we got the giggles. Nice try Mommy, he said. Before they left I smothered them in kisses and kicked their little bottoms out of the door, locking it behind them, and racing to my computer to look up who exactly was this Saint Valentine who had set me up for complete disappointment all of these years.

Who is St. Valentine?

The true story behind Valentine’s day is still one big mystery, but one fact that appears to ring true is that St. Valentine was a sympathetic, heroic, and romantic figure, back around 270 A.D, ahead of his time I guess.

At History.com they say:

One legend contends that Valentine was a priest who served during the third century in Rome. When Emperor Claudius II decided that single men made better soldiers than those with wives and families, he outlawed marriage for young men his crop of potential soldiers. Valentine, realizing the injustice of the decree, defied Claudius and continued to perform marriages for young lovers in secret. When Valentine’s actions were discovered, Claudius ordered that he be put to death.

Other stories suggest that Valentine may have been killed for attempting to help Christians escape harsh Roman prisons where they were often beaten and tortured.

According to one legend, Valentine actually sent the first “valentine” greeting himself. While in prison, it is believed that Valentine fell in love with a young girl ? who may have been his jailor’s daughter ? who visited him during his confinement. Before his death, it is alleged that he wrote her a letter, which he signed “From your Valentine,” an expression that is still in use today. Although the truth behind the Valentine legends is murky, the stories certainly emphasize his appeal. It’s no surprise that by the Middle Ages, Valentine was one of the most popular saints in England and France. END

Whether you buy into this overly commercialized day or not, it seems like a good excuse to at least try to shower your loved ones with….well….love, whether they are ready to receive it or not, and if you don’t expect anything in return, the love that you emit should make you feel good for at least the day. Try it, you might find yourself floating on some indeterminable cloud.

Ill leave you with a poem by Pablo Neruda that I read to Wade at our wedding ceremony:

“I love you without knowing how, or when, or from where. I love you straightforwardly, without complexities or pride; so I love you because I know no other way than this: where I does not exist nor you, so close that your hand on my chest is my hand, so close that your eyes close as I fall asleep.”
– Pablo Neruda, “Love Sonnet XVII” 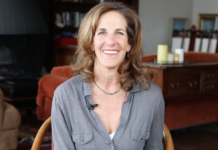 Rio Grande Trail: Aspen to Glenwood, and Back