If you have not yet met Ann Abernethy, than you should, she’s “Inside Aspen” on instagram, she’s a woman about town, and she’ll probably within the first five minutes of conversation connect you to half a dozen people that you should meet.

Broker, TV Host, Emcee, Leader, Networker, Mother, Step Grand-Ma, Ann is truly an “outstanding” woman with a whole lot of expertise. One thing is for certain, that woman knows how to network and has been a fantastic influencer in our community, connecting together the women of our valley who are doing incredible things, and there are many of us.

Woman About Town
An Oklahoma native, Ann Abernethy began her television career in Oklahoma City, Oklahoma as a Vice-President of Promotion at the ABC affiliate station, as well as hosting a public affairs talk show.  After meeting Regis Philbin at an ABC interview junket, she became his co-host on “The Morning Show, WABC-TV, New York City.

After working on-air in New York and Los Angeles, Ann moved to Santa Barbara, California to raise her children and continue her career in television, as well as pursue her love of real estate development and began investing in distressed residential real estate.  To date, she has rehabilitated over 40 residential and commercial properties in Oklahoma, California, and Colorado. In 2016, she expanded her real estate interests by becoming a real estate broker with Palladiun Properties in Aspen,Co. Spotting a deal and recycling existing structures are her forte and brings a unique and personal perspective to both buyers and sellers.

Community has always been an important part of her life. Whether acting as President of the Montecito Educational Foundation, hosting 18 annual telethons for The Unity Shoppe in Santa Barbara, emceeing the Vince Gill and Amy Grant annual Challenge Aspen Gala, or performing auctioneer and emcee tasks as a volunteer for numerous non-profits, she always finds the connection fulfilling.

Soon after moving to the Roaring Fork valley, Ann was selected for Roaring Fork Leadership in Aspen. In 2015, she interviewed Dr. Michael Auslin, resident scholar and director of Japan Studies at the American Enterprise Institute for the Aspen Institute Speakers Series and she has represented The American Grandparents Association and Aetna Insurance Company as an on-camera spokesperson on the Home Shopping Network.

Graduating with Honors at the University of Oklahoma, with a Bachelor of Science Degree in Education. Ann was also named the Outstanding Woman in the College of Education, and a top 10 University Women recipient.

If you have a project, want a project or are stuck on a project and need help, Ann can guide through the process, help evaluate the possibilities, or just help you make decisions. Decisions can be the toughest challenge, especially deciding which home to purchase, or what to do before we sell.

Ann has been there, and re-done it 43 times! She’s happy to help and a FaceTime call away!

[email protected] or 970-300-3310. Call her if you have a project that needs remodeling, are looking for a home OR want to be added to her Women & Wine invite list. 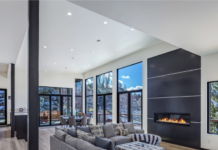 Krista Klees is Devoted to Philanthropy and Community in Aspen