Welcome to Aspen Real Life! Your Resource Guide to Everything Local. Get Plugged in to Aspen and the Roaring Fork Valley. Get Connected to the Heart of the Valley.

Here at Aspen Real Life, we are just about as authentic as it gets as we platform voices, share adventures, and offer tips, tricks, and suggestions by the locals to enhance your Aspen experience.

For over eleven years, the blog has been connecting readers to the people and places that make the Roaring Fork Valley such an incredible place to live in. Our promise to you, our reader, is to keep it real and share with you all that we love.

Follow and tag @aspenreallife with your “real life” Roaring Fork Valley stories on Instagram. Be sure to comment. Our team thrives off of getting to know you.

Aspen Business Connect is a social network for professionals to connect to each other and to the travelers visiting our platforms.

Membership benefits include the promotion of services to our popular blog and social media platforms.

Whether you are a business wanting your content shared to a larger targeted audience, or an individual interested in building relationships and supporting other businesses, Aspen Business Connect is here to help cultivate the perfect space for you to learn from others and grow as a professional.

Click on the button below and become a network member to get better connected.

With a BA degree in Broadcast & Film from Boston University Jillian moved to NYC and worked as a Publicist for Simon & Schuster in Rockefeller Center. In 1990 she moved to Aspen and worked in film production for a “real people” casting director. She also met her Colorado-born husband and together they made their own Aspen natives – three of them. This is how the blog began. Wanting to work from home while raising their boys, Jillian began writing about love after marriage … with children.  Soon she became known as Aspen’s “mommy blogger” as she wrote humorous stories on parenting. When their boys demanded more privacy, Jillian pivoted the blog to a hyper-local site, connecting her readers to the people and places she found along her travels. After many more shifts and pivots, in 2018 she founded Aspen Business Connect to connect local businesses to her audience, and to each other.

Jillian’s stories may still be found on the blog and at @jilliansreallife on Instagram.

As a freelance travel writer Jillian not only contributes to the blog, but also to luxury travel sites such as; Inspirato, Quintess, Bespoke Concierge Magazine and Destinations Travel Magazine.

Born in 2007 Aspen Real Life has always been about tapping in to the real side of Aspen, and sharing our finds with those who like to venture off the beaten path. As travelers and explorers with insatiable appetites for adventure, our contributing writers share their discoveries with you, to help you to plan the ultimate experience during your visit to the Roaring Fork Valley. We are connectors and influencers with an insatiable appetite to seek out everything authentic and real. Connect with us, and you are connecting with the incredible people and businesses who make this such an incredible place to live in.

So dive in and plan your stay, we’ll help you along the way.

Every day, we are inundated with news about our impending doomsday: the massive, irreparable damage we have caused our planet with consequences we are now

DROPPING!!! Aspen’s most beloved blog just got a facelift and boy do we feel young and sassy. 2020 has been tremendously difficult for so many 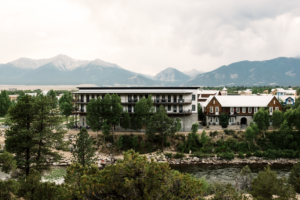 I have always had wanderlust, and have spent significant chunks of time living in or visiting different countries. Now, with the pandemic, I am satiating

Aspen Business Connect brings the business professionals of our valley together in weekly morning Zoom chats to connect and collaborate starting at 8:30 am. In these 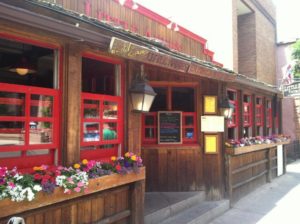 My family and I have been coming to Aspen for a long time. Let’s say several years before the Silver Queen Gondola opened in 1986,

Connecting you to the Aspen lifestyle. Get your content shared by joining our professional network at @aspenbusinessconnect

The colors are changing early due to the drought b

Aspen Business Connect is a professional social re